The Danish Chamber of Commerce in Angola 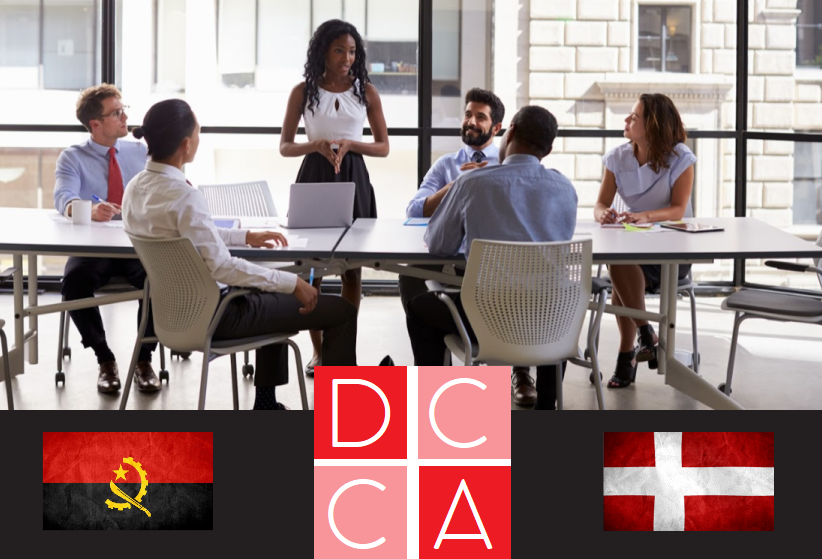 In August 2018 the Danish Chamber of Commerce in Angola became a reality. The chamber is founded by a group of experienced and committed globalists with enough tenacity and resilience to believe in positive changes.

We’ll build and promote a sustainable, transparent and progressive business, cultural and social relationships between Denmark and Angola.

Angola face massive development challenges, which include reducing its dependency on oil and diversifying the economy; rebuilding its infrastructure; and improving institutional capacity, governance, public financial management systems, human development indicators, and the living conditions of the population. Large pockets of the population live in poverty without adequate access to basic services, and the country could benefit from more inclusive development policies.

On a brighter note, President João Lourenço of the People’s Movement for the Liberation of Angola (MPLA) party, took power in September 2017, after winning 61.7% of the vote and an absolute majority of the legislature. Since then, the government has devalued the currency, tightened monetary policy, and resumed fiscal consolidation, as well as took the first steps to reform public utilities and fuels prices, reduce subsidies, and privatize or liquidate some state-owned companies. Two new laws that are essential to the competitiveness of the country have been approved: the private investment law and the antitrust law, which remove formal barriers to entry in the Angolan market.

Angola is moving gradually towards a more market-based, floating exchange rate regime with a nominal monetary anchor. The National Bank (BNA) promoted a large currency devaluation in the turn of the year, and has been promoting small monthly devaluations since then. It has eased currency controls, increased transparency in foreign exchange allocations through regular auctions and improved communication, in a move towards a more market-based and floating exchange rate regime.

The government’s commitment to structural reforms seemed to carry over into the post-election period, with the Macroeconomic Stabilization Program which includes economic policies and anticorruption efforts underway. On 16 August 2018 the government announced the launch of a new petroleum and gas agency which is set to handle oil concessions starting from 2019. The agency is set to roll out tax breaks for the development of oil and gas fields and issue new legislation for gas rights which should fuel investment activity in the oil and gas sector and boost production.

The economy is seen returning to growth this year, on the back of favorable global oil prices, which bodes well for the external sector of Sub-Saharan Africa’s second-largest oil exporter. Meanwhile, over the longer term, economic activity should benefit from fiscal consolidation measures, moderating public debt and the transition away from a pegged exchange rate—the key pillars of the President João Lourenço’s economic reforms.

Denmark on the other hand has one of the strongest economies in Europe, characterized by a balanced state budget, stable currency, low interest rates and low inflation. The Danish economy is small, open and highly geared to trade with other countries. Germany is by far Denmark’s most important trading partner, though Sweden, Great Britain and Norway are also of significance; outside Europe, the US and Japan are also important trading partners, furthermore Denmark is increasingly growing trade partnerships in Africa and now also in Angola.

This reliance on trade makes Denmark keen to trade freely in goods and services with other countries. As a result, Denmark is a member of collaborative organizations such as the EU, OECD and WTO and has actively lobbied within this framework for the removal of barriers to free trade. 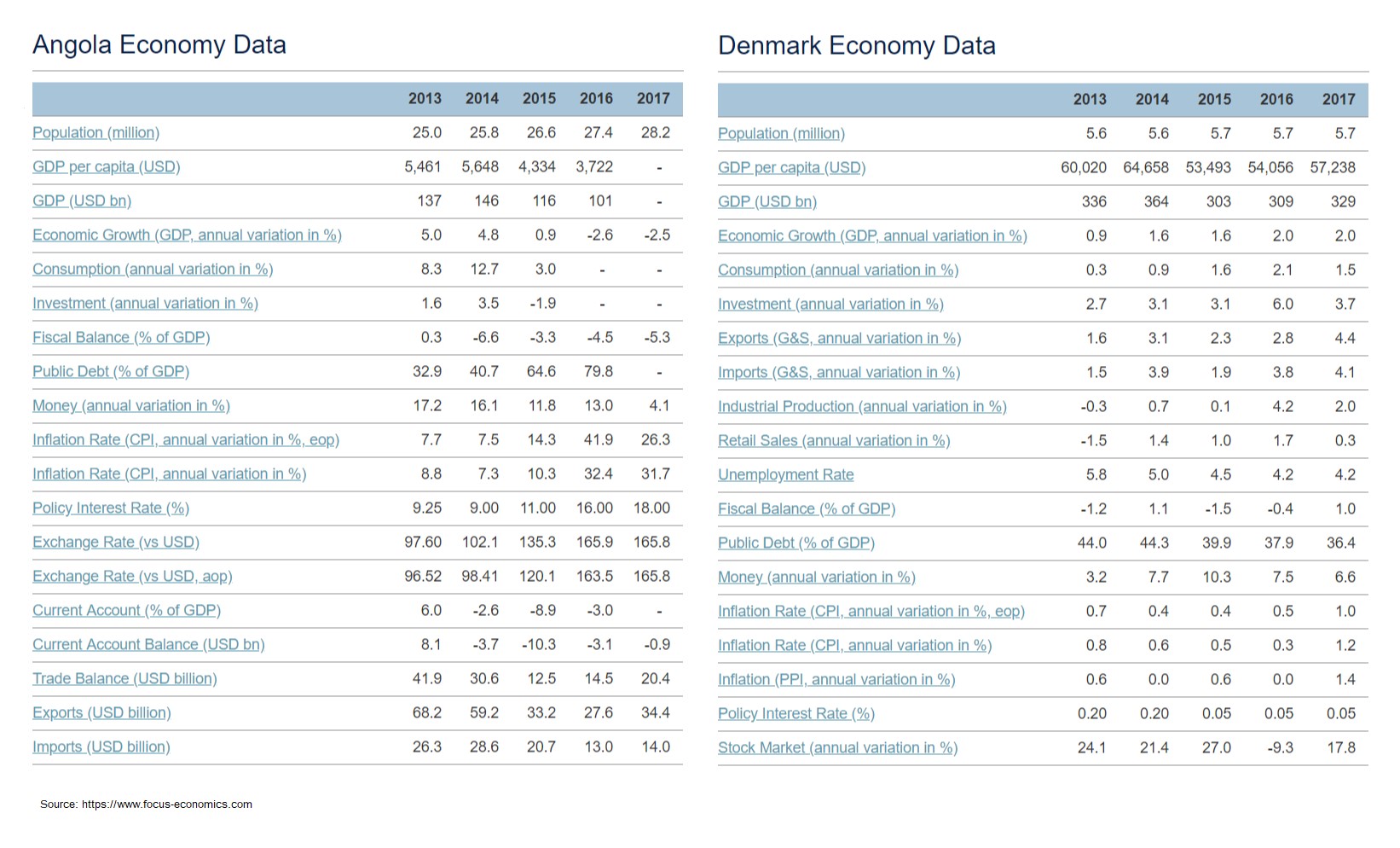 The Danish Chamber of Commerce in Angola

Our objective is to facilitate business opportunities by optimizing synergies between Angolan and Danish values as well as raising standards of socially responsible and environmentally sustainable business practices.

The Chamber is specialized in the following sectors:

The Chamber provides unique market know-how, analysis and exclusive network access. Making investments in unfamiliar environments can be risky. International investors and companies should be advised by a trusted local partner. The key to success is a combination of local knowhow and best international practices.