The transition of Africa from a marginal community into the mainstream of global economy is achieved by the increase in technology. The conception of an IT system is due to regional trends and investments in new businesses. It is a system of growing entrepreneurs, tech and innovation ventures and centres cooperating from one country to another.

Nigeria is the hotbed for such start-up activities. Facebook and Netflix have expanded into Africa, which is marked by increase in Silicon Valley investments into new ventures.

Africa’s tech revolution can be circled back into Kenya, by starting some ventures. It inspired the movement by launching a mobile money product. The rapid growth of the product introduced normal citizens with phones to digital banking. Shortly, after a crowd sourcing app was introduced.

This helped in mapping demographic affairs from anywhere and anytime in the world. Another innovation was the introduction of an innovation centre. It provided a platform for investors, technologists and technological companies to share ideas. As a result, it has produced more than 150 companies and 20000 techies.

It inspired the surge of tech hubs in the continent. The completion of TEAMS undersea fibre optic project increased African broadband.

Silicon Savannah is just one part of African tech scene. A Silicon Savannah inspired region is gradually being developed across the region. Roughly over 20 innovation hubs are functioning in Africa. It is increasingly becoming a stage for big investment and commercial start-ups. In spite of the challenges, investors are greatly attracted by Africa’s large economy and population.

They are trying to reverse Africa’s brain drain and helps in reshaping the continents IT linkages. The three of the continents famous e-commerce entities are owned by Africans. Technological innovation is playing an important role in influencing multiple sectors like energy, agriculture, healthcare, fashion and transport. Africa has every potential for creating an impact far greater than anywhere former in the world.

About 55% of Africa’s economic activity is informal. It involves small banking, affordable logistics and internet access. Economists expect venture capital backed start-ups to enter these informal economies. The opportunities provided by them are infinite in the areas of online sales, real estate and airline booking.

The state-to-state competition pressurizes the government to bring out new plans in IT sector. Countries are looking to build their own Silicon Valley.

IT will be utilized to solve many long-standing socio-economic issues. Grants will be diverted to tech ventures focused on solving the issues of Africa. Solving such problems is in itself a great commercial opportunity.

African technological solutions are being widely used around the world. Tech applications used to combat local challenges are creating new opportunities in other markets. Such tech will be continued to be used globally.

IT is playing a huge role in politics. Crowdsourcing apps have helped in elections. Digital investigative sites have helped uncover corruption of officials in Nigeria. They were used by civil societies and opposition groups in elections.

Much failure can also be expected from them as they work in environments lacking basic infrastructure- affordable broadband connection and electricity. But these failures show that entrepreneurs and capitalists are committed and trying. This will lead to many monumental technological changes.

It won’t be long before African start-ups make headlines by making billion dollar acquisitions. They are likely to go public on a major exchange soon.

ARE TECH STARTUPS IN AFRICA A GOOD INVESTMENT? 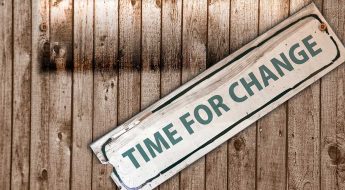 6 TRENDS THAT WILL SPUR INNOVATION IN AFRICA

« Previous post
ARE TECH STARTUPS IN AFRICA A GOOD INVESTMENT?
Next post »
WHY SEED FUNDING FOR AFRICAN TECHNOLOGICAL START-UPS IS SUCCESSFUL