Because of the decline of the global economy, nations around the world have put up their own defence mechanisms in order to keep the damages to a minimum. But the new and promising policies of rising markets gave rise to a significant window of wonderful investment opportunities.

Financial experts have dismissed the probability of recovery of the economy for the year 2016. The Shanghai Stock Exchange has reported a 22.6% drop during the early quarter and this event marked the global economic decline of the year. The world economy kept its downward creep and was deliberately affected by different events around the globe. This includes the attempted Coup d’etat in Turkey, the struggles of Nigeria’s economy, and the protests in Venezuela. Adding to this decline is the difficulty of large industries and companies to reach their own profit goals and agendas and also the downfall of the stock market.

The dominating media reports and assertions of the financial experts can be considered as immature over-generalization of the effects of the blows suffered by the global economy. Seasoned experts who have learned from the world economy’s fluctuations are already looking for the long-term business concepts and ideas that will withstand the current phases of the world.

The U.S. Federal Reserve has done a countermeasure against the susceptibility of the global market to volatility. It built a conscious effort to stabilize the power of the U.S. Dollar currency by postponing the increase of the rates of interests for the current year. Simultaneously, a significant number of rising markets have pushed their own efforts by implementing policies and agendas to manage the risks that the investors of today and of the near future will face. The Reserve Bank of India and the People’s Bank of China have enlarged their respective supplies of money. Egypt and Nigeria aimed to strengthen their export prowess by decreasing the values of their currencies. In order to promote better economic circulation, India’s government gave their workers a 24% increase in their wages. These countermeasures most definitely bore good fruit. The Nigerian Stock Exchange’s turnover of foreign investors has decreased significantly compared to rates last year.

The Expectations for the Economy of 2016 Onwards

Because of the decline of the global economy, nations around the world have put up their own defense mechanisms in order to keep the damages to a minimum. These efforts however have made the whole economic game stricter and more volatile. But the new and promising policies of rising markets gave rise to a significant window of wonderful investment opportunities. And due to the irrefutable feasibility of the rising markets of 2016, the numbers of investors who are starting to show activity again have increased causing a tiny wave globally.

During the remaining period of this current year onwards, there are a number of rising markets that have shown outstanding potentials for bountiful participation. The controlled equity markets in South Africa and Nigeria have a promising returns potential. The economies of Nigeria, Russia, Indonesia, Venezuela and Angola are in for a wave of benefits from the oil price comeback. The economic measures in India are aimed to increase the power of the spending consumers, making it possible for new opportunities to be explored.

This period in the global economy has put on the spotlight the rising markets. The world’s nation has set up probably the best environment so far for these markets to thrive and to flourish, which makes them a reliable avenue for investors who want to be part of a wave that can sweep to the future. 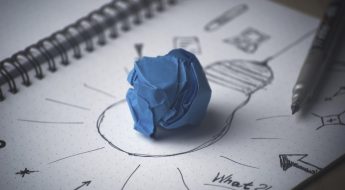