Africa has a budding source of coders, technologists and entrepreneurs who are trying to resolve the pressing problems of the African continent. Crowdsourcing, entertainment media and payment solutions are being offered in the tech hubs of Nigeria, Kenya, Angola and several other countries in the continent. This has given rise to the term Silicon Savannah which has the potential to change the face of global technology.

Africans are all about mobile technology

Mobile web keeps evolving once in every few months. Payments, gaming, search social media, communication and a lot of other things are resulting in people carrying supercomputer speed within their pockets. People write their memoirs and run their businesses through their smartphones. Africa has witnessed a boom in past ten years when it comes to the usage and ownership. In a couple of years, there has been a transformation in the communication system in Africa owing to the proliferation in mobile phone technology. Africa has directly jumped into the digital age.

Each app in the United States offers mobile PayPal services. Snapchat, Pinterest, Instagram, Facebook messenger are utilized for payments. However, Africans make use of an app referred to as M-PESA. This permits people storing money through mobile accounts. Simple transfer option is offered via SMS through this app. The dominance of mobile usage has contributed to the rise of M-PESA in African continent. Kenya is turning out to be a leader in e-commerce industry because of M-PESA. This app has pushed the Kenyan GDP into the rural users.

Innovation in culture and technology

Africa is not governed with digital laws, copyright regulations or a robust broadband infrastructure. Africa has the potential to develop robust technologies for local problems that persist in the delivery of entertainment. In United States, medical records are not owned by the people. However if one travels to South Africa, Angola or Kenya, the medical records do not exist. Africa can take a giant leap by transferring medical records to smartphones.

More inflow of money in the African tech segment

The United States has witnessed a drop in investments when it comes to domestic companies. Venture capital investments in Africa are skyrocketing.

Africans are being empowered in generating local economy

Incubators and tech accelerators in the United States are unusually quaint. Nepotism and trends drive American venture capital. Incubators, accelerators, and tech hubs of Africa are empowering Africans and offering influx of investments. Young African techies are showing off their skills at Kenya, Rwanda, Nigeria, Angola and Cameroon. These regions are attracting techies. As per an estimate, more than 200 such hubs exist in Africa.

Export of technology, cultural and innovation all over the world

Africa has the potential to export its talent by blending the technology with innovation. Dead spots have been patched up in Wisconsin with the aid of a Wi-Fi device developed in African tech incubator. Ushahidi, a crowdsourcing platform was utilized for tracking the incidences that took place in Nigeria during the elections. The very same tool has also been used by Washington Post in order to track the snow clean-up. Election polling was also monitored by Huffington Post using this platform. Africa is becoming more and more connected owing to the technology developments in the continent.

africa, technology
May 23, 2016by Kenneth Hogrefe 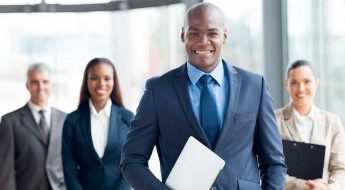 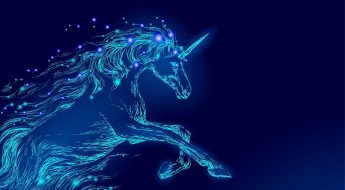