You’ve surely come across many people who are often considered as lucky for their achievements. But wait a minute, is there really something like this?

To find out, let’s see the definition of luck by Oxford Living Dictionaries: “Success or failure apparently brought by chance rather than through one’s own actions.” Now, take a quick look at someone you know who got something they really wanted through hard work. So, did it really happen by chance?

It is very obvious that those who seem to hit the pinnacle at a faster rate always have success treading their path than anyone else. They seem to achieve their goals from their checklist in an effortless manner. The only better explanation to that is that they have goals and they work towards achieving them, and there is no luck!

Most people we know who have done something extraordinary in their lives never rolled a dice and hoped for the best to happen. Even the opportunities you’ve had in life up to this moment didn’t just fall from the sky. Those opportunities didn’t randomly fall in your laps while you were relaxing in your chamber. According to how work is defined, it takes so much for what is termed as “luck” by many to happen.

When it comes to achieving one’s goals and desires, “luck” does not apply at all. Here are five good reasons why the words, “You are so damn lucky!” should be buried 6 feet under.

Luck applies to what happens while you are running to catch your flight but suddenly you get an upgrade to the first class in the last minute. Or perhaps when you are out for shopping, you meet an old buddy who decides to pay your bills when you actually had a very tight budget. These and many other such events happen due to luck but not because of work. On the other hand, success takes a completely different approach. It is the result that comes from intentionally planned efforts applied and work done for weeks, months and years. It is the result of being promoted at work for your endless dedication to achieving the company’s goals. That’s why Chris Grosser once said, “Opportunities don’t happen, you create them.”

Everyone you’ve seen from childhood who have later become a celebrity or a successful entrepreneur has some hardship stories behind. May be they had to give up studying law just to pursue their music carrier! And in such an event, it takes a great stride of faith to persistently keep moving on, even when the path ahead seems dark with so many impossibilities. So, there is no success story that comes without any ups and downs. You don’t just wake up and find your dreams are true, you have to work for it.

Even after achieving a certain success level, you won’t remain there forever or even forge ahead without working continuously. Maintaining a success level achieved can itself be very stressful as well. Think of the constant amount of pressure experienced while trying to come up with something much better than your previous book or film. The urge to improve progressively is a great challenge. It’s something that can’t be realized while treading down the Lucky Lane.

You’ve seen your buddies making the huge strides in their success stories, without knowing that they conceal their endeavors. If everyone else passes through some nasty stuff, how on earth can their success be out of luck?

You always hear the phrase, “You are so damn lucky!” followed by something like, “I wish it happened to me!”  Let’s make it crystal clear: everyone has the potential to create the type of life they want for themselves, regardless of how unmethodical that dream is.

The only major different between a person who seems to live a life full of luck and the one who is living on the dreams is that the former was too passionate towards achieving their dreams.  The “lucky” person underwent fear, worries and doubt, but eventually went for it.

Do you want “luck” in your way? Rise from your cocoon and work for it! 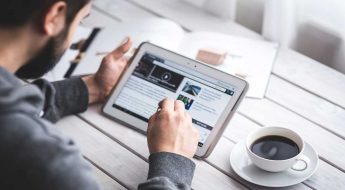 WHAT MAKES AN ENTREPRENEUR? 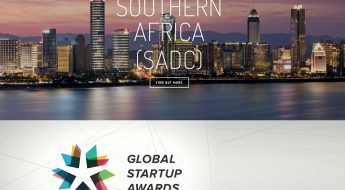